A multi phase demolition of a 1950’s style Devon secondary school and replacement by the building of a modern state of the art Academy across multiple new buildings.

EDP Environmental completed the full MEP Design and Energy Strategy for all 3 phases.

The existing school was a traditional design widely used throughout Devon by the Local Authority since the 1950’s. The secondary school and four local pre and primary schools formed Chumleigh Academy Trust in 2011.

Part of the Academy Trust plan was to completely re-build Chumleigh Community College. This involved demolishing the existing school buildings and replacing them with modern state of the art facilities. 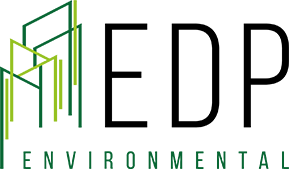 It was a 3 Phase redevelopment including 3 new Teaching Blocks, 4 multi use Labs, Dining Hall, Kitchen, Drama, Music and Art Blocks. The Academy had to be kept operational throughout. Staff and students were segregated in a safe manner from demolition and building works and the associated noise and dust.

We were able to influence the project by advocating our ethos of delivering truly ‘Low Energy’ Buildings. This was achieved by combining a ‘fabric first’ approach to the building structure coupled with a low and zero carbon strategy.