Building Services and Our Health 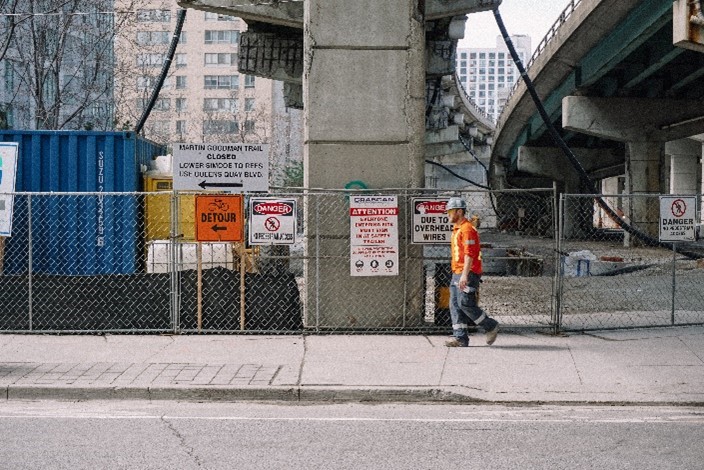 Do our New Builds have hidden Dangers?

Building Services, over the last sixty or so years, primary ambition was the reduction in energy consumption and providing smarter control systems.  We, of course cannot attribute good or poor health wholly on building services, but certainly some of these possible links now need considering more so.  With our increased human longevity, has also seen increased rates of cancer, asthma, and skin conditions at younger ages.

So what actually did we get and what didn’t we get in the development of building services … and why will I talk about vehicles alongside building controls, and what do we need to consider for the future.  Read on to find out.

What did we get?

The early years of this period witnessed the development of more efficient tri-phosphor fluorescent lamps, the increased use of tungsten-halogen lamps, and development of new types of discharge lamps, such as metal-halide, (which even appeared in some vehicle headlamps).  We witnessed the development of compact fluorescent lamps (CFLs) … legislated in Part L of the Building Regulations as our saviour go-to lighting source. Yet CFLs suffered from long warm-up time, poor colour rendering and rapid loss of efficacy over just a few hundred hours operation and as such a poor companion to automated controls.

Then out of nowhere, the LED lamp was born.  No longer just a long-life indicator lamp, with low-illuminance and high-intensity … but an actual illuminating lamp … and an ideal companion to the automated control.  So efficient and now powerful, it has taken over from all of the aforementioned lamps in everything from floodlighting to room lighting and perhaps so efficient it no longer justifies the cost of all the automated control recommended in Part L. (Incidentally and controversially … LEDs are now also used in car headlamps, since perhaps far too intense at high wattage).

We have witnessed the use of sensors for proximity and absence lighting control, inverter speed control of motors to improve functionality and efficiency and the development of both ground and air source heat pumps to remove our dependence upon gas, (though ASHPs suffer poor coefficients of performance (COP) in cold weather when you need it the most).  Perhaps one of the most useful developments has been heat reclaim ventilation systems, which we will come back to later.

What didn’t we get?

Moving onto the things we didn’t get in our building services is complicated … because we got some of them in other ways … as portable devices instead.  I’m particularly referring to smart homes, which are still the preserve of the wealthy and not mainstream.  However, as I mentioned, portable smart devices provide many of the roles we desire from smart buildings.

Vehicles, cars in particular have become connected with buildings and an extension of our enclosed climate controlled internet communication connected bubbles, with many of the same entertainment systems.  The advent of the electric car is perhaps the biggest link, now placing a huge growing demand on our electrical infrastructure.  Indeed, some if not all utility companies will likely be rolling out three-phase supplies for new houses as standard, in lieu of single phase.

Vehicles have also become connected to building services design through noise and pollution, which we come back to later. 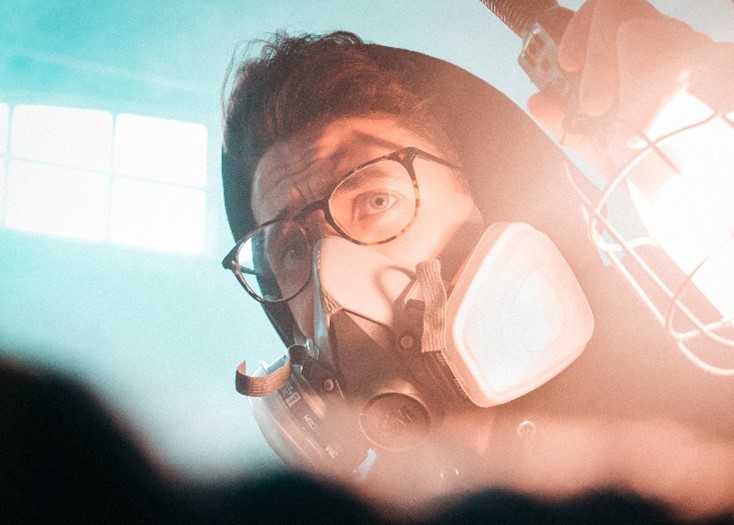 So what is the objective for our future?  Well … it’s still efficiency and additionally reducing our carbon footprint … but as of 2020 we have been thrown a new challenge!  Our buildings and building services need to consider ways of reducing the spread of viruses.  Not just Covid-19 … but the next unknown deadly virus and well … just making buildings a healthier place to be in.  It’s curious that many of the building comforts are also sources of health threats.  So let’s consider the treats and the cures.

Let’s take ventilation first, since this perhaps poses the biggest risk of spreading a virus. Our offices are some of the unhealthiest places to be.  Many (small offices) were designed to avoid the need for mechanical ventilation, supposedly relying upon opening windows or trickle-vents.  Well nobody opens a window when its winter … and trickle vents … well just trickle air in an unreliable manner.  Then in the summer, opening windows is not always a reliable way of providing cooling and of course there is the added consideration of traffic noise and pollution (which will last for many years in the future until the traditional internal combustion engine vehicles have been replaced).  Then we install comfort-cooling (incidentally wrongly called air-conditioning in cars) which recirculates the air in the room and simultaneously spreads any viruses … including common colds and also circulates Volatile organic compounds (VOCs) released from building fabric and furnishing materials, which are now known to be a health risk.

Our solution to the above needs to be at the core of design and perhaps requires legislation by way of rapidly updated Building Regulations.  Some suggestions to consider being:

– Perhaps a return to some form of ducted ventilation for smaller offices, (previously classified for ability to use windows).

– The design objective of cross-flow ventilation may now be something to actually avoid.

– Mechanical ventilation with high-efficiency heat reclaim between supply and extract and not using any recirculated air.

– The use of High-Efficiency Particulate Air (HEPA) filters complying with EN1822 on supply air used in conjunction with standard first stage particulate filters, and perhaps even third stage UV filters.

– The increased use of multiple air-grilles and thereby decrease of individual grille air-flow rates to reduce strongly circulating room air, which may be contaminated by an occupant with a virus.  Similarly, more regular extract grilles to remove localised air and therefore help remove potentially contaminated air.  The increase in the number and size of grilles will also allow for individually-realised increased air-change rates to the occupants.

– The use of floor voids as supply plenum and ceiling void as extract plenum maybe the best way of achieving the above.  Floor grilles could be moveable in a similar manner to floor power and data boxes to suit furniture layout and occupants.

– The further development of hybrid natural ventilation structures within buildings, with automatic mechanical assistance when needed. 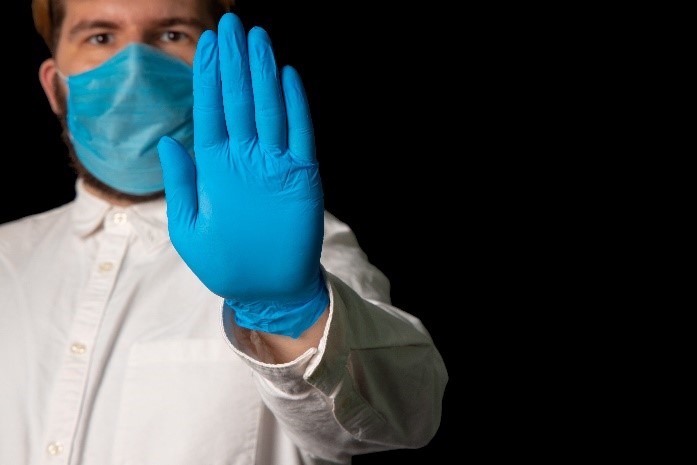 Controls will be even more important than before in both the battle to reduce our carbon-footprint by managing energy use, and the battle against the spread of viruses, by reducing the need for contact with light switches and doors etc. by increased use of technologies mostly already available in our ‘design-toolkit’:

Perhaps one area that needs integrating into smart building controls, and not just the preserve of the portable devices, is voice recognition control, which actually works well in a building, unlike a noisy vehicle.

LED lamps pose an unknown threat, since so new, we don’t know what the health risks may or may not be, say … from radiation associated with the strong blue element of the LEDs light spectrum and concerns with cancer. 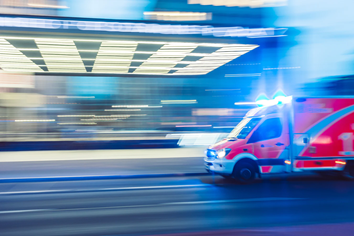 Some of the characteristics of LEDs are similar to that of fluorescent light and we seem to have survived that so far, or have we?  The similarity I refer to is the flicker of a mains powered LED, since even though usually powered via a driver delivering DC to the lamp, it’s switched DC due to the AC input.  Our human brain manages to see a perceived un-flickering light.  However, the light is actually flickering violently on and off.  Some LED lamps are worse than others.  To carry out a simple check, put your smart phone into video camera mode and point it at an LED, if the image strobes, this indicates that just like a fluorescent lamp, the actual light is flickering.  (The next time you are waiting at a set of old-style tungsten lamp traffic lights at night, instead of just staring at the red light, try flicking your eyes, say left to right quickly, and you will see a streak of light.  Try this again when waiting at the new LED traffic lights, and you will see a momentary residual image of the light as a series of dots proving the light is in fact switching on and off).  The intensity of LED lamps may also be a future health issue for our eyes.  Therefore the design of medical centres where patients need to recline will require even more care in the design of lighting and lighting controls than previously.  Education needs to warn people to avoid looking directly at high power LED lamps just as you shouldn’t look directly at the sun for the same reason … your retina may be permanently damaged.  One health positive of the LED is the reduced UV radiation compared to many other lamp types. 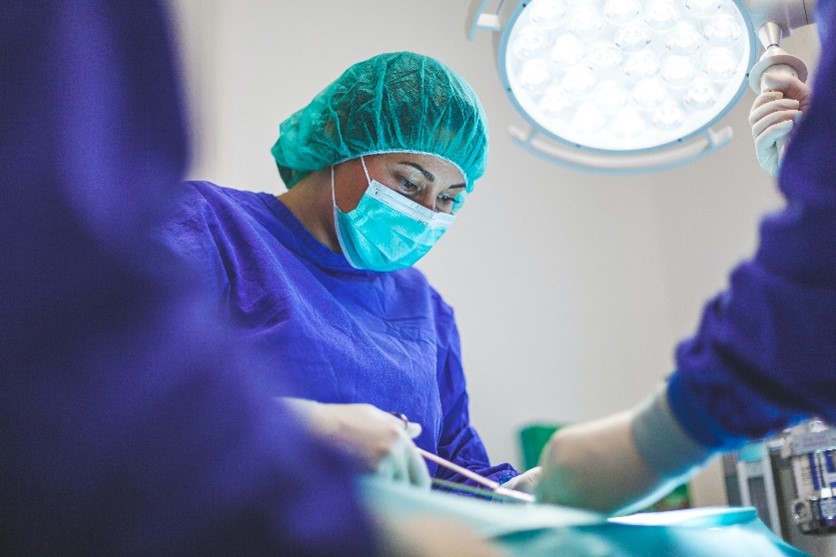 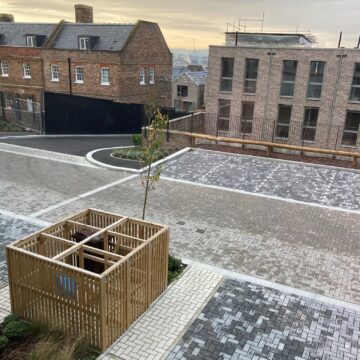 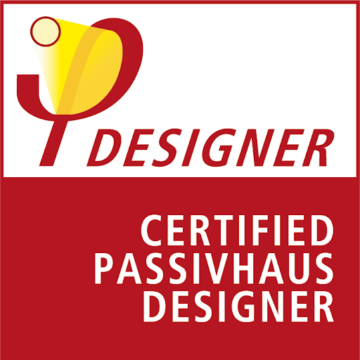 Passivhaus and why it is important